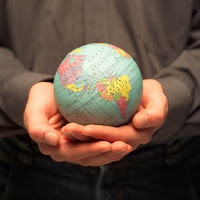 Ease the pressure of the earths energy resources.
On March 29, 2008 at 8 p.m., join millions of people around the world in making a statement about climate change by turning off your lights for Earth Hour, an event created by the World Wildlife Fund.
Earth Hour was created by WWF in Sydney, Australia in 2007, and in one year has grown from an event in one city to a global movement. In 2008, millions of people, businesses, governments and civic organizations in nearly 200 cities around the globe will turn out for Earth Hour. More than 100 cities across North America will participate, including the US flagships–Atlanta, Chicago, Phoenix and San Francisco and Ottawa, Montreal, Toronto and Vancouver.
Everyone throughout North America and around the world are invited to turn off the lights for an hour starting at 8 p.m. (your own local time)–( to support global warming) whether at home or at work, with friends and family or solo, in a big city or a small town.
See http://www4.earthhourus.org/ for more information.
Http://www.worldwildlife.org/earthhour/

Something to Ponder
Why is a keyboard called a keyboard if it just has little buttons?


March 28, 2008
It's the birthday of Jerome Isaac Friedman, a US physicist who won the Nobel Prize for co-discovering quarks. Without quarks, there'd be no alcohol!


Puzzle
Look at this sequence of letters and then tell us what the last letter should be.
O T T F F S S ? Solution
Have a wonderful day today everyone. And remember, Make everyday a Holiday. -Pam

Email ThisBlogThis!Share to TwitterShare to FacebookShare to Pinterest
Labels: March

Your job was very surprised because it's been that I have not found like this beautiful sharing.