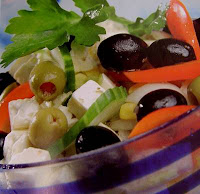 HISTORY
During World War 1, President Woodrow Wilson issued a proclamation calling for every Tuesday to be meatless and for one meatless meal to be observed every day, for a total of nine meatless meals each week. The United States Food Administration (USFA) urged families to reduce consumption of key staples to help the war effort and avoid rationing. Conserving food would support U.S. troops as well as feed populations in Europe where food production and distribution had been disrupted by war. To encourage voluntary rationing, the USFA created the slogan “Food Will Win the War” and coined the terms "Meatless Tuesday" and "Wheatless Wednesday” to remind Americans to reduce intake of those products.

Hoover was the head of the Food Administration as well as the American Relief Association during Woodrow Wilson's presidency, and played a key role implementing the campaign, which was one of Hoover’s many attempts to encourage volunteerism and sacrifice among Americans during the war. The USFA provided a wide variety of materials in addition to advertising, including recipe books and menus found in magazines, newspapers and government-sponsored pamphlets.

The campaign returned with the onset of World War II, calling upon women on the home front to play a role in supporting the war effort. During this time, meat was being rationed, along with other commodities like sugar and gasoline. The Harry Truman administration, through the Citizens Food Committee, encouraged "Meatless Tuesdays" and "Poultryless Thursdays" throughout the autumn of 1947; backlash was swift, noncompliance was rampant, and the poultry lobby responded with the National Thanksgiving Turkey Presentation, the forerunner of the modern "turkey pardon."